Teaching American English pronunciation is always a challenge. So much about the way we speak has been ingrained in us basically since birth. Teaching the phonetic sounds is a little more straightforward than teaching suprasegmentals, but since the phonetic sounds don’t exist in isolation, you need to be able to address all of the elements of pronunciation and understand how they work together to form our speech. Like I said in my previous post, when you are working with young kids (such as with VIPKID), you oftentimes won’t be able to explicitly teach these elements. However, having a solid understanding will give you a better foundation for identifying the student’s pronunciation issues and addressing them within the context of the VIPKID curriculum. Today, I’m going to look at three things: word liaisons/connections, the “fast D” sound (a bit of a detour, but relevant!), and intonation.

When we speak English, our speech doesn’t sound “choppy,” but rather it sounds fluid or rhythmic because we naturally connect some words together when they are part of a thought group. This also allows us to speak faster than if we had to stop and pause after each word. There are some general rules we follow when it comes to connecting words. 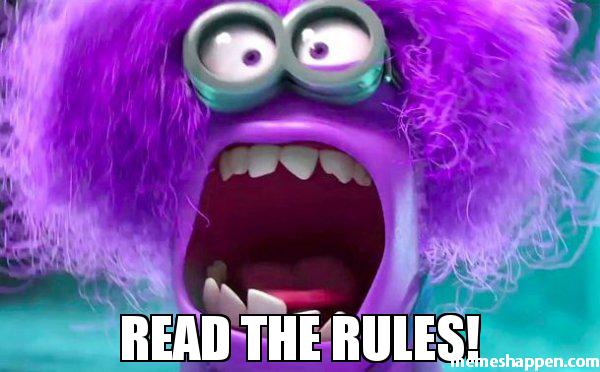 1.) We connect words when a word ends in a consonant sound, and the next word begins with a vowel or semivowel (also called glides; W, Y, and R) sound. For example: “Pick up the phone!” The words “pick” and “up” are connected. It sounds like “pi+kup.”

2.) We connect words when a word ends in a consonant, and the next words begins with the same consonant or with a consonant that is produced from a similar position. For example: “I’ve been there!” The V and B sounds are both made at the lips, so it’s easy to blend them. It sounds like “I’vbin.”

3.) When a word ends in a vowel and the next begins with a vowel, they are connected with a semivowel, either a slight Y or W. For example: “Who is it?” It sounds like, “Who(w)izit?”

4.) This one is a weird one to teach. When a T, D, S, or Z sound is followed by a word that starts with Y, they are connected when the speech rate is fast (even moderately so).

5.) Pronouns are generally non-stressed and connected to the previous word. For example: “I knew her.” sounds like “I newer.”)

For students learning English, this can be tricky both for mimicking American English speech and for understanding the native English speaker. Word liaisons aren’t addressed in the early VIPKID levels, but they are essential for speaking and listening to English. So, what can we do? First, don’t completely avoid them. We generally need to slow our speech down for the lower levels, and this results in removing natural word liaisons. However, you can slow your speech rate without removing the connections completely. You can also introduce a phrase slowly, and then repeat it faster as the lesson progresses. This works great in the PreVIP levels because they are so repetitive anyway. So, the first time you ask the student for their name, you ask: What. Is. Your. Name? Then, next time, you say it faster and connect the first two words. Keep that up until you are asking the student for their name at a normal, natural rate…just like you would use when you meet a fellow English speaker for the first time.

Another opportunity to emphasize word liaisons is the song/poem slide in the lower levels. Like I mentioned in a previous post, these slides are helpful because you can focus on mimicking rather than learning the content. This slide is a good example:

The lines end with the phrase, “Shout it out.” This is a good chance to try to get the student to blend the words. They can generally repeat after you, “Shou+did+out,” with no major breaks. This example is also great because it shows how, when you connect the words, it actually changes the pronunciation of the individual sounds. In American English, when the T is between two vowel sounds (either in the same word or because of a word connection), the T is pronounced like a fast D sound. It’s also sometimes called a tapped T. We don’t change the T into a fast D when it’s in a stressed syllable (like attack).

For example, we pronounce “better” as “bedder,” “total” as “todal,” “little” as “liddul,” and “party” as “pardee.” You’ll note that in the words party and little, the T isn’t in-between two vowels. But, it is between two vowel sounds. We need to make a small vowel sound before we pronounce the L and R acts as a semivowel. If you say those sounds out loud and pay attention to what your tongue is doing, you can feel how you are making those sounds without your tongue touching anything…making it act as a vowel sound.

When working with students who are young enough to learn by listening rather than reading, you have a great opportunity to introduce these elements. For some words, if they learn the word before they learn to read it, it’s easier to get the correct pronunciation. In the VIPKID curriculum, the word “little” is a sight word early on. I like to use rewards to introduce this word to young students, preferably before they see it as a sight word. I have little ducks, and I hold them up when they do a good job. “Great! (Thumbs up!) You get a little duck!” The students tend to repeat “little duck!” It works nicely because the D sound is repeated and reinforced in the second word.

Native Mandarin speakers generally pronounce each word separately, and the characteristics of the language can make it hard to get comfortable connecting the words in English. Mandarin tends to start with consonants and end with vowels or nasal consonants (like n). However, learning word connections can actually alleviate one of the hardest things for Chinese speakers: those final T, L, B, and D consonants. A common mistake for Chinese speakers learning English is to drop those final consonant sounds and replace them with a W. If you can connect the final consonant with the next word, it’s easier to produce the consonant correctly. Common mistake: “Call her” is incorrectly pronounced as “Caw her” because the final L is a hard sound. If you link it, it’s much easier to say, “Ca+ller” with a good L sound. So, if you can get the students comfortable mimicking your word connections from an early on, you will be setting the stage for solid pronunciation habits as they progress toward fluency.

That’s it (or should I say…that+sit!) for word liaisons. Part II, intonation, coming soon.

Mother. Teacher. Reader. Trying to make ends meet without losing pieces of my soul in the process. This is a place for my thoughts on teaching English and on life in general. View all posts by vipkidanswers